a new balance in the 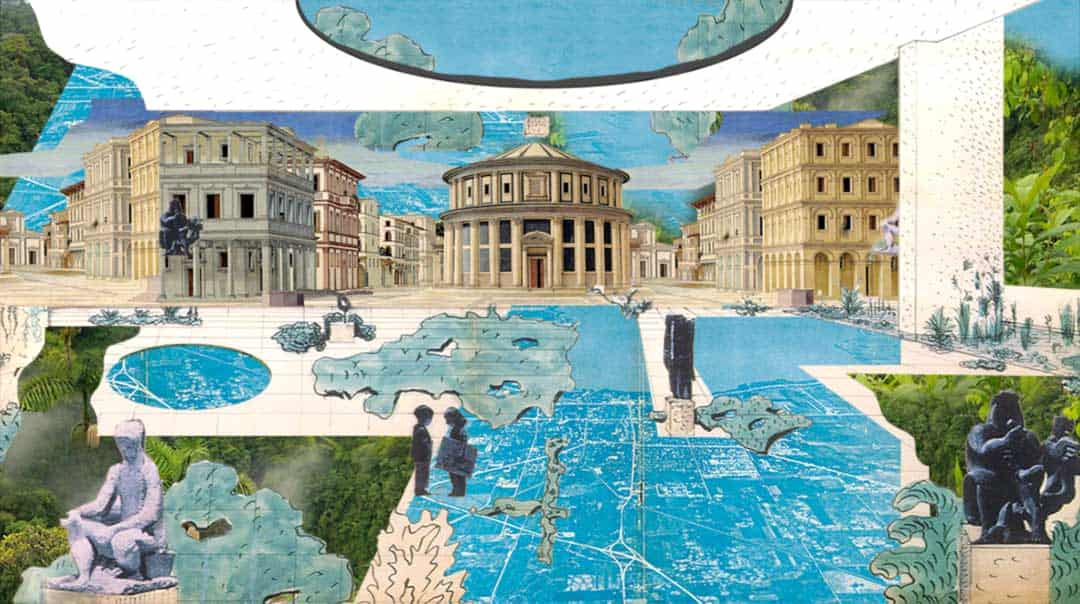 At the equator of the XX century, in an interview for a French television channel, Eugène Canseliet, alchemist and Fulcanelli's disciple, was asked to answer the following question:

(“On a practical level, what can alchemy bring to the modern world?”)

After a millisecond he replied:

("It will bring to the modern world... the balannnce, it lacks.")

More than a half century later, Nature went out of human's control in a way that we didn't expect and started by itself a process that we seem to postpone way too long.


constructed environment spagyric, a new balance in the post-industrial age of the information

This is a conversation, a work in progress, and we want to start to present its basics principles to promote active thinking and action. This research started about more than a year ago, and the current world's circumstance seams to legitimized it.

- So, on what corner stone can we build the way of living together that we aspire to?

- We want to bring into this debate the idea that we must regain consciousness about how the interaction of Nature's nature and human's nature creates, transforms, and consolidates the constructed environment.

If we keep looking at the urban phenomenon as a dualistic fact, a separation between an artificial and a natural reality, we will never be in an entire capacity to really understand that relationship.

- Are you asking me which method can we use? I suggest using the spagyric process applied to the constructed environment development.

- Yes, it has two Greek roots: σπάω spao "to draw out" and ἀγείρω ageiro "to gather.

- You must, first, separate the Three Principles, then purify each one, and finally you can recombine all of them into a single new enhanced unity.

- And which are the three Urban environment Principles?

- Each city has its own character, personality, local genius, tradition...a unique essence of the place, that's its Sulphur.

All the city's movement, activity, life, and information/commercial exchange is its Mercury.

And its crystallized, quantifiable part (the constructed reality that you can see and step on) is its Salt.

So, at this point I will ask you to think about how those Three Principles are present in your current living environment and how them can be purified to its essence.

- Living environment, that's the other point. I understand that minerals, in their natural environment, are alive in a different but similar way than animals and plants, different evolution times, form of consciousness and capacities.

- And if we think about what city is constructed from, or with, we will understand that it is mineral matter mostly, processed or not. When you take, let’s say a living hematite ore and you melt it into iron and then you combine that iron with carbon you get steel. At this point you have to realize that the same steel you will use to build your house's structural framework has become inert and sterile because the industrial transformation, it has lost its natural vegetative state.

- Inert, sterile cities… What this has to do with a virus pandemic?

Maybe our action over nature is not so long lasting as we used to think. So, it is a prove that there are two active forces in play.

1_After just a few weeks of lockdown, wildlife started to appear on our streets and maritime coasts.

2_After just a few first weeks of lockdown, the air pollution levels dropped down in a high number of urban environments.

3_It was demonstrated that many people can work from their houses or from wherever they have an internet connection. This is also applicable to education and social interaction.

What changed to promote that natural reaction? An unusual use of the constructed environment? A change in the way that we carry our daily activities? Or it was the shape of the buildings and streets?

So, it's not the idea of the city PER SE the problem. Seems that the way in which we use the city and, where and how we move through it, has do a lot with the problem.

We love cities and we believe that they are a natural way of human organization and development. But we must find and enhance the presence of nature in the constructed environment, far away than the isolated parcs, gardens, trees in sidewalks, etc. We must reach a new integration paradigm.

Now please think about how nature is present in your built environment. Maybe you are trying to remember the parks and trees of your city, maybe you are thinking about some birds, pets o insects. Think about the temperature and humidity of the air, its pressure. The gravity, the sky, the rain, the clouds. Can you see the sun radiating its energy, the same energy that then is transformed into vegetation, animals, minerals, people, and buildings? Think about the energy that each atom of a concrete wall has inside it. Is it a static energy, or it moves in a vertiginous way? Is that concrete wall vibrating and ethereal on a microscopic scale?

So, can we reanimate the constructed inert matter?

Can we look in a different way into those things that we see as artificial?

After that, can we rethink the way that we want to construct our [un]built environments?

It's possible to find a new balance between nature and constructed spaces.

Now think in all the ways we can reuse all the energy that is blocking that balance if we were able to untangle it.

This article was submitted on Desired spaces