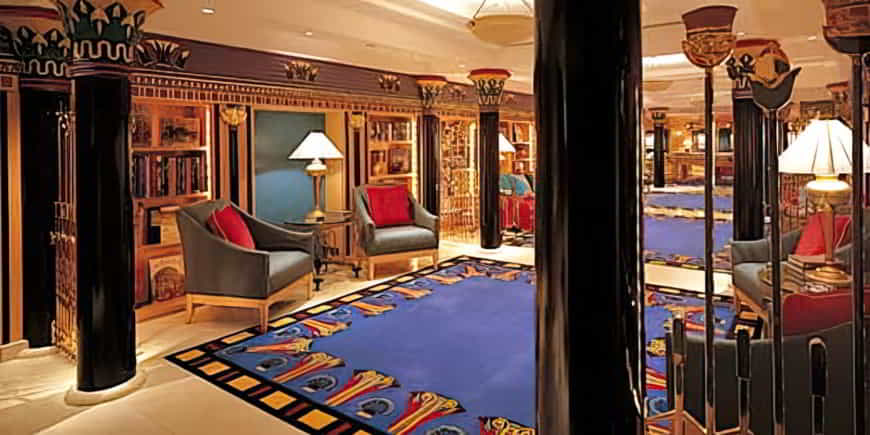 The House of Wisdom - Bayt Al-Hikmah - was set up by Caliph al-Mamun in 1004 A.D. in Baghdad, the capital of the Abbasid Empire. It was the greatest centre of wisdom of the medieval world.

Without the translations and research that was conducted in the House of Wisdom, much of the Greek, Latin, and Egyptian knowledge would have been lost to the world. The House of Wisdom was a place where scholar-translators tried to translate into Arabic the important philosophical and scientific works of the ancient world, especially those from Greece and Egypt. It was an example of how the Islamic world included exploring new ideas and experiments.

The historian al-Maqrizi described the opening of the House of Wisdom in 1004:

In 1004 A.D. 'The House of Wisdom' was opened. The students took up their residence. The books were brought from [many other] libraries ... and the public was admitted. Whosoever wanted was at liberty to copy any book he wished to copy, or whoever required to read a certain book found in the library could do so. Scholars studied the Qur'an, astronomy, grammar, lexicography and medicine. The building was, moreover, adorned by carpets, and all doors and corridors had curtains, and managers, servants, porters and other menials were appointed to maintain the establishment. Out of the library of Caliph al-Hakim those books were brought which he had gathered-- books in all sciences and literatures and of exquisite calligraphy such as no king had ever been able to bring together. Al-Hakim permitted admittance to everyone, without distinction of rank, who wished to read or consult any of the books.

The House of Wisdom has not only provided us with a rich heritage of Alchemical knowledge, it has also been at the basis of an ancient Alchemical brotherhood that exists until today. Last but not least, it has set an example of the sharing of knowledge and wisdom in a sense of brotherhood.