alchemy of the ancients 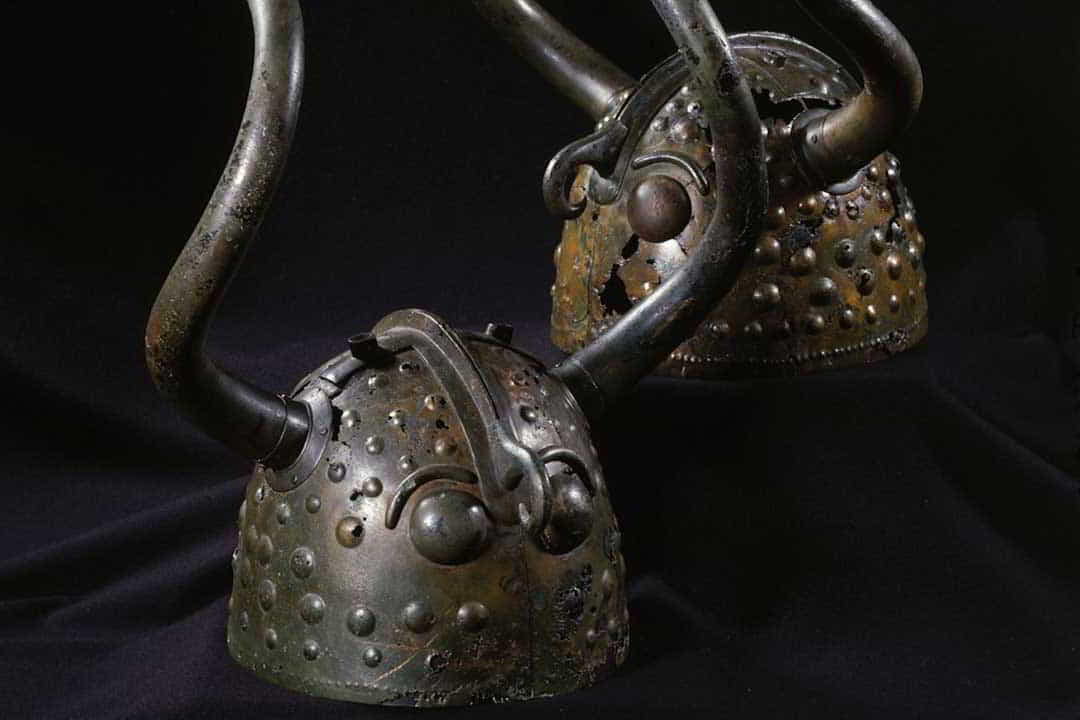 Throughout history, many philosophers and alchemists postulated the belief that the ancients had profound scientific knowledge of which only fragments remain today. The remains of ancient civilizations, the sacred geometry of their architecture, their wisdom traditions and their profound doctrines on alchemy as evidenced in the signs described, led to the conviction that later philosophers merely scratched the surface of a vast but lost pristine knowledge (prisca sapientia). Renown alchemists who held this belief, such as Newton, Kunrath, Dorn, tried to retrace this common root of original knowledge. Many authors trace this knowledge back to a distant time in the middle east. The tracing of the lineage of transfer of this knowledge back in time, however, may differ depending on the author. We will underline this in this article by expanding on the writings of Bureus, who offers a unique and anachronistic view on the matter.

paths to the stone

It is said there are many paths to the Philosopher's Stone, applying both to a material and esoteric/spiritual interpretation of the Art of Alchemy. It is said that, in the end, all these ways converge, even while they may have different beginnings. The Priestly Way and the Way of Mary the Jew, for example, start with the digestion of Our Oak with the Green Dragon, which is a common denominator of many Wet Paths to the Stone, as opposed to Dry Paths. The end of the work and the stages of multiplication, however, follow a procedure that is common in all paths.

The various paths that are practiced in the Occident are all said to be derived from the same source. The Gods (whoever these gods may have been) transmitted the knowledge to the peoples of the west: the Atlanteans, the Oestrimnios, Tiahuanacians. The Tiahuanaco branch disappeared without preserving their knowledge, the Oestrimnios transmitted it to the initiated Druids and the Atlanteans transmitted it to the Egyptian priests, who in turn transitted these to the Greeks and thereafter to the Arabs. Via the Arabs the tradition found their way to the Christian kingdom of Spain in the Middle Ages.

Above account cannot be substantiated and is merely related from teacher to student without written references, since obviously recorded history of the ancients begins no sooner than the 4th millennium BCE. Modern studies of DNA and our genetic code, however, give a clue as to the transmission before that time, as they demonstrate that the Oestrimnios originally came from Gallicia and the north of Portugal more than 10,000 years ago and from there spread to Ireland, Wales, Scotland and England. (Note here that the classic ensign of Gallicia is a flag with a green dragon and a red lion, while the ancient flag of Wales is a red dragon). An offshoot of Oestrimnio (the Ofiusos) revered the snake as their totem, but this branch faded and disappeared in over time. The most notable transmission from the Oestriminios, however, is said to have occurred in Galicia, via those who some called sorcerers and witches but who followed an essentially druidic tradition of Mother Earth, often working solitary rather than as an Order or coherent group and with regulations.

This rudimentary sketch of a possible alchemical ancestry back to a common ancestor leaves many dots to be connected. On the other hand, the Priestly Path to the Stone, as practiced by these initiates in the physical domain, is said to be practiced exactly the same way now, as it was nine or ten thousand years ago, because the instructions of the processes must be strictly followed to the smallest detail and proceed in the exact right order to achieve success.

many ways to rome

When it comes to the philosophical or internal aspect of alchemy, the picture of provenance is more diffuse. This is because internal journey is subject to personal affinities where "many ways lead to Rome". One could justifyable say that the internal journey also involves universal milestones and elements of practice that are the same across cultures and across the ages, which follow universal laws and stumbling blocks, but the starting point and the approach of these milestones, like the various physical paths to the Stone, may differ. In addition, esoteric cross-pollination between cultures complicates the distinguishment between initiatic lineages and evolutionary lineages in the same way as it complicates the discernment between prisca theologia and perennial philosophy, in the sense that prisca theologia exists in pure form only in ancient times whereas perennial philosophy manifests itself in different times, places, and forms.

An interesting example of an author who had a lifelong interest in the investigation of the ancestral roots of alchemy and philosophy is the Swedish polymath Johannes Bureus (1568-1652). He was an exponent of the idea that the ancient Goths of Scandinavia were the first rulers of Europe and formed the true origin of Western Alchemy. According to Bureus it was the Goths who possessed knowledge that stemmed directly from Noah's descendants and which was a reflection of the wisdom revealed by God to Adam at the beginning of time. The Goths subsequently taught the Greeks and the Romans all the arts and sciences. Bureus' primary interest was the Art of Alchemy and he viewed alchemy as part of this prisca theologia stemming from the ancient Goths. The Scandinavian runes, in his view, constituted a Gothic Cabala in which the secrets of all sciences had been hidden for posterity.

Bureus was involved in practical alchemy and thus did not regard alchemy as an exclusively spiritual discipline but rather as a complementary internal-external art aimed at deifying the soul and raising man to a comprehension of the divine mysteries of creation. He was strengthened in his conviction by works of the alchemist Gerhard Dorn (1530-1584), from whom he took notes about the Philosophers' Stone being a gift of God, possessing the power to exalt the soul of man to a holy state. In the paper: Alchemy of the Ancient Goths: Johannes Bureus' Search for the Lost Wisdom of Scandinavia, Hakan Hakansson states the following about Bureus' search for the origin of the Ur-science:

"He devoted particular attention to Dorn's account of how Adam, infused by the light of God, had invented all the arts and sciences. To make sure that this divine wisdom remained intact for future generations, his sons had engraved two tablets of stone, describing "all natural arts in hieroglyphical characters". After the Flood, one of these tablets was found on Mount Ararat by Noah, who passed the knowledge on to his descendants. From them it later spread to Chaldea, Persia and Egypt, where it flourished under the divine supervision of Hermes Trismegistos. In the course of time, however, the "universal knowledge" of Adam gradually deteriorated and fragmented into different disciplines, so that "one man became an astronomer, another magician, a third cabalist, and a fourth an alchemist". (Cf. Dorn, Congeries, 154-155, quoted in extenso in N24, 79r. Dorn's account of the prisca tradition in the Congeries was to a large extent based on the pseudo-Paracelsian Aurora Philosophorum, which he had translated and published some years earlier)"

On the basis of Dorn's identification of Noah as the discoverer of the tablets, Bureus reasoned that, if the Goths were the direct descendants of Noah's grandson Magog (as a number of Scandinavian scholars claimed), it seemed quite possible that Magog had brought the wisdom of Adam in its original, undivided, and untainted form to Scandinavia after the Flood. Bureus identified the mythical Xalmosis/Zamolxis as the erudite king and demigod of the ancient Goths (from the Getica of Jordanes) and his disciple "Abaris the Hyperborean" as the two foremost of the ancient Gothic sages who transmitted this wisdom. According to Bureus it was Abaris, even, who had taught Pythagoras all the secrets of philosophy, thereby passing the wisdom of the Scandinavians to the Greeks.

Hakansson notes that "Bureus' patchwork of quotes, glosses and cross-references leaves many questions unanswered" and that some of his assumptions are somewhat far-sought.

piecing the puzzle together

From the middle ages onward we have some idea of the interaction between different alchemists in their research of various Paths of the Stone, between teachers and students and those who studied together or were inspired by eachothers works. The more ancient historical routes of alchemical transmission, however, probably will largely remain hidden in the mists of time. Still, through modern day techniques such as carbon dating of artifacts in combination with linguistic reconstructions and archaeogenetics, we may uncover some of the more plausible routes of exchange this ancient wisdom may have followed. Thereby we may get an indication of the likely truth or fallacy of assumptions like those of Bureus and insight in possible links in the transmission involving Celts, Gallicians, Proto-Indo-Europeans or other ancient ancestors. It will involve puzzling together many different pieces of evidence as they come to light. Ostensibly small discoveries may open new avenues of interpretation, like for example the following archeological find that appeared two weeks ago: Bronze Age Helmets unearthed in Danish Bog