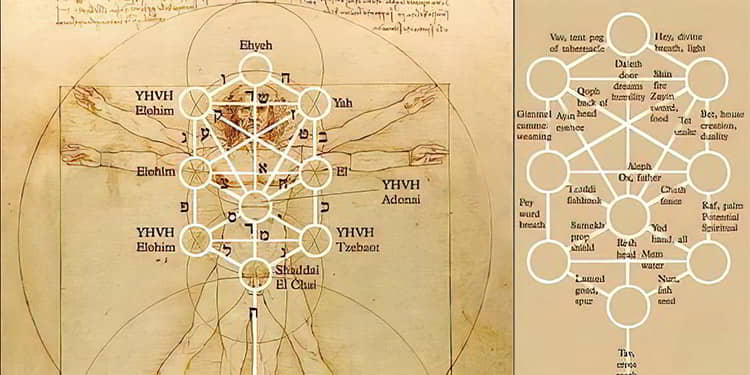 Q-group is short for Qabalah-group, a study group that continues the tradition of practical Qabalah. Qabalah means "receiving" or "from mouth to ear", referring to the personal transmission of knowledge from earlier times.

The goal of Qabalah is to penetrate the surface of everyday reality, to explore the unseen spiritual worlds through rational inquiry and mystical meditation and thereby grasp the ultimate meaning and purpose of life (ref: "The Tree of Life", W. Menzi, Z. Padeh, 1998).

The Q-group focuses on practical Qabalah. The primary tools to map the inner worlds, and investigate the fabric of reality are mystical meditation, vibration and introspective research. Not much has been published about the practical aspects of Qabalah. Specific techniques have been handed down through the ages within the confines of hermetic brotherhoods and underground study groups, from master to student, from mouth to ear. It is difficult to identify the exact source or historical roots of these practices. Two influential teachers are mentioned: Isaac Luria (1534 - 1572) and Abraham Abulafia (1240 - 1291).

Luria was very advanced in his study of the creation of the world. This was not just from a theoretic perspective, but he tried to understand the physical world by studying reality's finer forces and the inner worlds. The reality in that light was seen as multilayered. Our normal senses only perceive the outward visible manifestation, but beyond this, an unseen dimension can be discovered, with a structure that permeates the whole of existence. Four primary layers of reality are discerned:

1) The World of Action. This is the Physical universe and the outermost layer of reality that manifests as space, time, matter and energy, the stars, the planets, and our earth.

2) The World of Formation. This is the unseen layer of reality that is closest to us. In ancient cosmology, this is the world of angels. Today we might think of it as the underlying current that patterns our reality, like gravity for example, or magnetism or the laws of harmony in music. It is partly described by laws of physics, and in part not yet identified by laws. Because of its close connection to the material world, we can use reason and imagination, science, art, and Alchemy, to draw inferences about this hidden world. The Qabalist seeks to extend these interferences to deeper layers of reality as well.

3) The World of Creation is the next layer of reality, even more volatile than the World of Formation. It is a layer of first beginnings, that contains the seeds of what may come to be. It is the highest realm that humans can experience at the deepest levels of meditation.

4) The World of Emanation is the deepest layer of reality and the one that is closest to the Infinite. Because of its proximity to the Infinite it cannot be experienced directly. However, Qabalists have developed a variety of methods to enable them to infer knowledge about and experience of its inner structure.


The relationship between the Infinite and the finite involves a series of stages, beginning with an act of contraction and/or concealment, which is called Tzim-Tzum. The part of concealment that is can be easily grasped in the Wold of Action is manifested as space, time and matter. There is also a sort of in-between-world which carries a blueprint of manifestation and acts as a primal pattern between the Infinite and the concealed worlds: this is the World of Adam Kadmon. This primal pattern contains ten spheres (called sephiroth) that are in complete balance. This is called the First Tree, but it should be noted that it is different from the Tree of Life as it is known in the World of Action. The difference is in the presence of Daath and the position of Malkuth, a description of this is beyond the scope of this introduction.

In the Qabalistic cosmology, the Tree was shattered when the world came into being. The broken shells of its ten spheres created the world: "the World of Points". This was a chaos of dysfunctioning parts. It threw life into a condition of exile. The lowest sphere of Malkuth (the earthly Kingdom and the sphere of matter) became separated from the divine influence of the supernal (the highest spheres) and became intermixed with the shells. Thus it formed the battlefield for the interaction between Good and Evil, where man became a wanderer in the wilderness. This is the fabric of our everyday life, and it is in Malkuth where any meaningful Alchemy must take place, both in a spiritual and a physical sense. As we work on this Alchemy, we take part in the process of raising the Tree or restoring the Tree. The World of Restoration is approached by recreating the Tree of Adam Kadmon.

Whereas Luria explored and described the unseen worlds with images, Abulafia undertook a similar journey, but primarily with the aid of vibration. The use of images and sounds are equally valid and complementary. The combination of Luria's imagery with Abulafia's vibrational techniques is an extremely effective way to proceed into the inner worlds and practice inner Alchemy. Therefore the ancients stated that "by names and images all powers are awakened and re-awakened". By these two means, we can gain access to the forces that constitute the soul of man. When we have learned to get that access, we can start to change the forces that limit us.

Ages of practice have resulted in several practical meditative exercises to do exactly that. Techniques that raise the unconscious to the Neschamah (the Higher Self), to restore the Tree. The universal aim of the Alchemical path, the evolution of the soul, may benefit from a knowledge of Qabalistic theory in combination with such meditative practices.

Currently no new students are admitted to this study group.